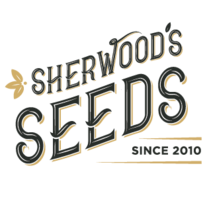 Proceed to Checkout
Open Your Own Store Fallsington is an old Quaker settlement in Bucks County, Pennsylvania. This very healthy, tall tree was found growing on the Fallsington property of Tammy Roberts and seeds coming from it are named in her honor.

Seeds from this "Tammy" tree may be of interest to those trying to pull certain traits for Pawpaw. While there are other trees in this town, they are likely too far away for cross pollination. That would possibly make this tree self-pollinating, a very rare trait for this tree. The fruits are medium-large with great flavor. The tree itself is quite large.

Due to increased interest in the foraging and locavore food movement during the late 2010s and the COVID-19 pandemic, the pawpaw has been referred to tongue-in-cheek as the "hipster banana".